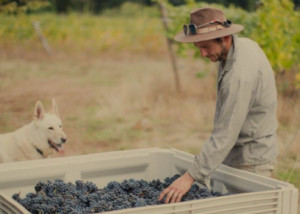 Schaad cellars is a family operated winery in McMinnville, Oregon. The Schaad family has been farming wine grapes in the Chehalem Mountains since 1980. 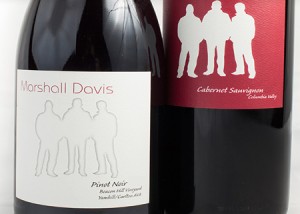 Founded in 2011 by brothers Sean Davis, Ryan Marshall, and Matt Marshall (Pictured on the label). Marshall Davis Creates Small batch vineyard specific wines, including Pinot Noir and Chardonnay from their estate vineyard located in The Yamhill-Carlton AVA of the Willamette Valley. They also craft full-bodied wines such as Syrah and Cabernet Sauvignon with fruit originating from some of the most prestigious vineyards in the Walla Walla AVA.

Winemaker Sean Davis believes in minimal manipulation, letting each vineyard express itself, with attention paid to textures and tannin management. 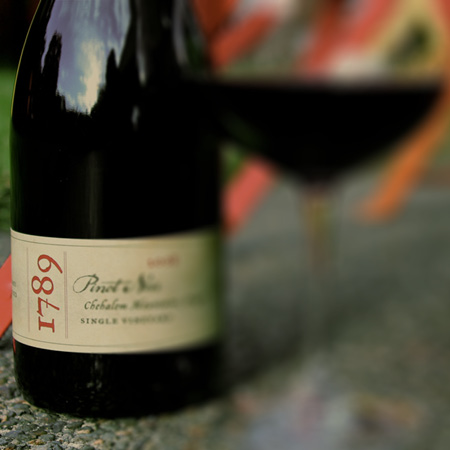 This is winemaker Isabelle Dutartre’s own label. Dutartre, a native of France,  notes that 1789 was a time of revolution in France and 1789 wines reflect her own personal revolution when she moved her three children from the south of France to Oregon wine country. She has made wine for over 28 years, beginning in Oregon in 1993 when she commuted back and forth between Oregon and France. She currently is the winemaker for De Ponte Cellars in the Dundee Hills where she as been the winemaker since their first vintage in 2001.

bio by The Prince of Pinot 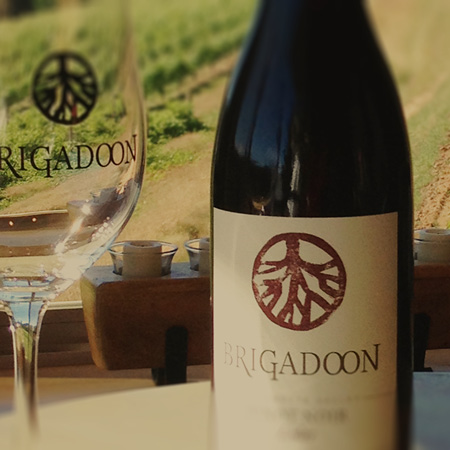 Nestled against the coastal foothills of the southern Willamette Valley, just northwest of Eugene, Brigadoon Vineyards represents a multi-generational commitment to sustainable agriculture. From soil preparation to planting and harvest, each family member takes an active part in the growth and development of the farm, whose vineyard is complimented by timber, Christmas and fruit trees, and a seasonal herd of sheep.

Brigadoon is committed to growing grapes and producing wines that accurately portray the variety, the vineyard and the vintage. 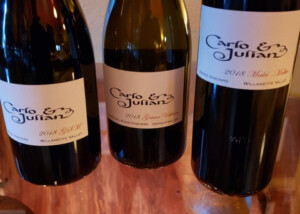 If you are looking for an authentic, local, intimate winery you can’t do any better than Carlo & Julian. With tastings that are fun and social, and many wines to choose from, Felix makes you immediately feel like you have known him a long time. Full bodied and complex, his wines are just delicious with food or by themselves – his winery and wines are something to be savored. 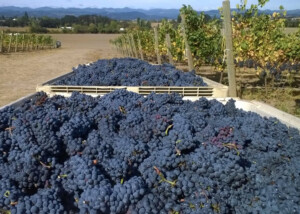 KC Marold2022-05-12T17:15:03-07:00
Growing up on a farm near Carlton, owner and winemaker Greg Van Dyke developed a taste for both the outdoors and agriculture and coincidentally, was also exposed to the burgeoning wine industry erupting around him.  Agricultural work entailed many skills, mechanical work among them,  which led him to pursuing a degree in engineering.
After completing his degree, he pursued an engineering career, but found himself being steadily pulled back to the wine industry.  In 2010 he interrupted his engineering work and traveled to New Zealand to work at Ata Rangi in Martinborough.  This incredible experience allowed him the opportunity to work with great wines and wonderful people in beautiful surroundings. When he returned to Oregon, he again found work in the construction world but with more immediate intent to start his wine label.  Bud’s Bloom was started in 2012 with the first releases coming from the 2013 vintage.
The brand and the very existence of it is originally accredited to Greg’s grandfather, Robert “Bud” Van Dyke, who was the first generation of Oregon farmers in his family lineage.  His Son, William Van Dyke, and Greg’s family also farmed in the Willamette Valley.  One piece of property farmed was originally owned by Bud and would eventually be planted to what is now Janice Vineyard. 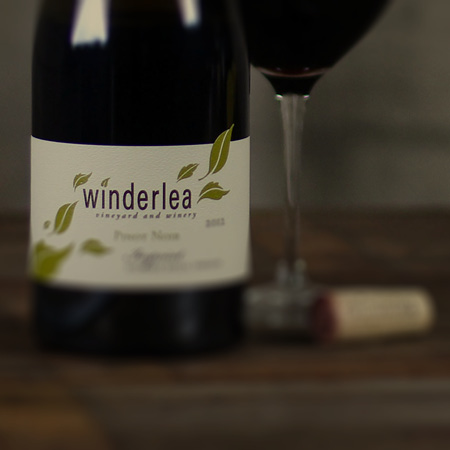 Winderlea is a boutique winery specializing in the limited production of Pinot noir and Chardonnay from Oregon. Crafting elegant, sensuous and age worthy wines for those who view the pairing of wine and food essential to their lifestyle and well being is what Winderlea is all about. Their focus is on making small lots of Pinot noir and Chardonnay that show the best characteristics of each vineyard. Hand crafted with minimal intervention and the modest use of new French oak barrels, their food friendly wines are classic in style.